Starting out with a repetition of yesterdays Qi Gong practice, as one fluid movement, into the preparations for the next sprint. Additional "user stories" are now listed and placed in our backlog of our Kanban sheet. After that I managed to finalize the UI draft document that will be used as a base for discussion in tonights demo. 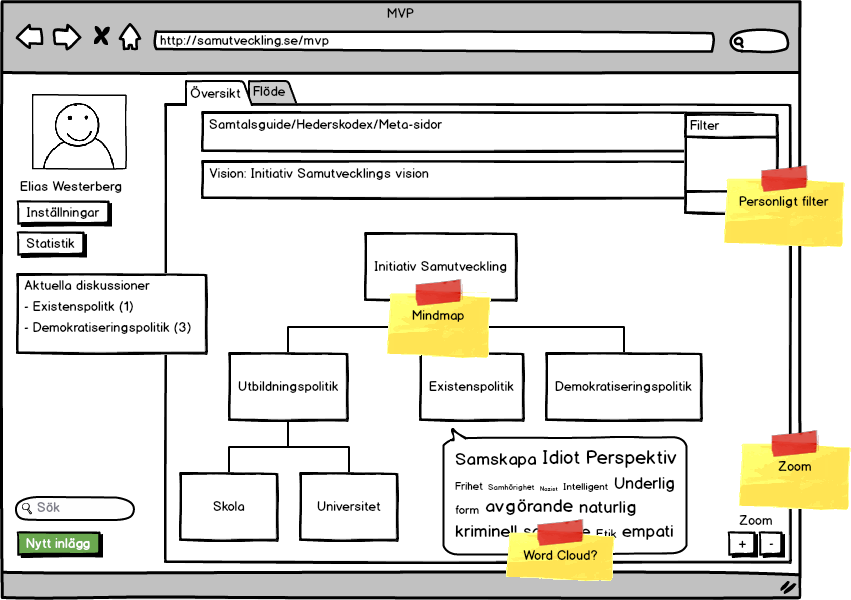 Snapshot of the overview/start page with a couple of features implemented.

We had a surprise visit by Sharif during lunch where he explained the ideas around the newly formed Citizen Hive, and why we should be a part of it. Very interesting and promising!

After lunch we took an important step in forming the sociocratic company; a draft constitution and VMA for the organization.

Now we're looking forward to soon meeting up with the rest: Daniel, Emil, Morten and Anders (on Skype from Brazil).